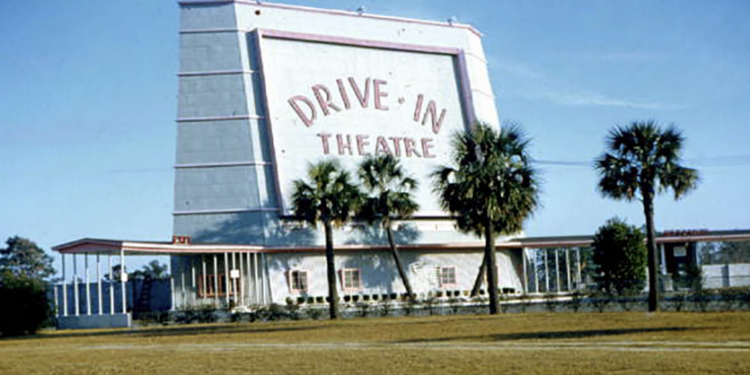 In response to the COVID-19 crisis, old school drive-in theaters have seen a new lease on life. Atlanta’s Plaza theater decided to use a pop-up screen in a parking lot on which to show older films. Such retrospectives are not uncommon for the city’s longest-running movie theater.

But some distributors have embraced the drive-in trend. Starting on May 1, indie horror film “The Wretched” will be available in two Georgia drive-ins: Starlight in Atlanta, and the Jesup Drive-In Twin in Jesup.

In the wake of this viral crisis, are we going to see the rise of the drive-ins?

The Wretched (review) Fix 7/10 – This handsome throwback adventure might remind some viewers of “Fright Night” or even Joe Dante’s underrated “The Hole.” The story has 17-year-old Ben (John-Paul Howard) battling a thousand-year-old witch that emerges from the base of a tree to inhabit the skin of his neighbor.

Given the ages of the chief protagonists, “The Wretched” might sound like safe, spooky family entertainment, but the language and violence make it suitable for more mature viewers. Still, as the teen Ben investigates the scary happenings next door, “Stranger Things” fans will perk up. “The Wretched’s” third act is reminiscent of the upside world from that Netflix hit.

A very good-looking production, with solid performances, it’s understandable that the broadly appealing “The Wretched” is getting, at least, a drive-in theatrical release.

Binge Options: Hollywood (streaming now) No Fix 5/10 – Lavishly produced by creator Ryan Murphy (see “American Horror Story,” “Pose,” and others), “Hollywood” is a revisionist take on the film business in the years following the end of World War II. It’s a sometimes engaging soap opera that exaggerates elements of truth, mixing them with fantasy. The resulting chimera is often tough to stomach.

The series asks the question: Can movies change the world? Murphy’s answer is consistently “yes,” but he gets there in often the most simplistic of ways. Fans of other Murphy properties can take heart; this show does contain the producer’s penchant for mature sexual situations, and Netflix gives him lots of room to explore more explicit depictions. But this aspect does little to lift the shallow melodrama that leads all the characters unconvincingly.

“Hollywood” is like a pale imitation of “Glee” with added sex and language.

What to Watch:  What We Do in the Shadows (Season 2 – New Episodes in May) – Matt Berry, Kayvan Novak and the rest of the cast return to the series. This time with Haley Joel Osment makes an appearance (remember, he can see dead people). This vampire spoof that plays less like a parody and more like a goofy dark comedy is, perhaps, one of the quirkiest and funniest shows on television. New episodes premiere every Wednesday.

What to Binge: ZeroZeroZero (Full Season Streaming Now) Fix 7/10 – This extremely detailed drama about the cocaine industry is engrossing on many levels. Andrea Riseborough and Dane DeHaan play siblings living in New Orleans, who are pulled into a criminal enterprise by their father, played by Gabriel Byrne. The narrative covers the various aspects of the business spanning from Europe to Mexico.

What Movie to Watch: Beastie Boys Story (review) Fix 7/10 – This filmed stage show is directed by Spike Jonze, who helmed some of the Beastie Boys classic music videos, most notably 1994’s “Sabotage.” Surviving band members Mike D and Adam Horovitz take viewers on a trip from the rise of their band to the present. Fans will be thrilled, and folks who know nothing about the Boys will be entertained.

What Movie to Watch: Bad Education Fix 7/10 – Terrific performances by Hugh Jackman and Allison Janney lead this darkly comedic take a real-life events surrounding embezzlement by administrators of a New York school system. Jackman plays popular superintendent Frank Tassone, who has parents in the palm of his hand as his administration successfully raised the school’s standing academically. Janney plays his right-hand controller, who manages the budget. When a student (played by Geraldine Viswanathan) begins to dig deeply into financial irregularities, she might help to uncover wrong-doing that will bring down the whole house of cards. “Bad Education” is funny and infuriating.

THEATRICAL TEASERS (that you can watch at home)

Extra Ordinary (review) Fix – 8/10 – Irish comedian Maeve Higgins delivers irresistible charm in this supernatural comedy. In “Extra Ordinary,” she plays Rose Dooley, a hapless driving instructor by day and a ghostbuster at night. To thwart the rise of the Prince of Darkness, Rose must do battle with one-hit rock and roller Christian Winter (a funny Will Forte). “Extra Ordinary” is a self-aware horror-comedy that trades well on the best of the genre.

Although the history of the project carries with it continuing plot lines that help expand the enjoyment and deepen the narrative, this episode plays well in that it’s fun to hang out with Coogan and Brydon for a couple of hours. The two actors play versions of themselves (sort of like what Larry David does on “Curb Your Enthusiasm”), as they visit a different country in each film, taking in the local cuisine.

A mostly improvised affair, most of the jokes are funny, as the two leads bounce off one another. But Winterbottom, who has created a parallel universe with this series (even having Coogan reference their last film “Greed”), is intent on working the existential crisis theme that has always been lurking beneath the hilarity. And the next installment might explore not only another exotic place but also, these funny character’s personal journey.

The Paper E-Edition for May is now ...