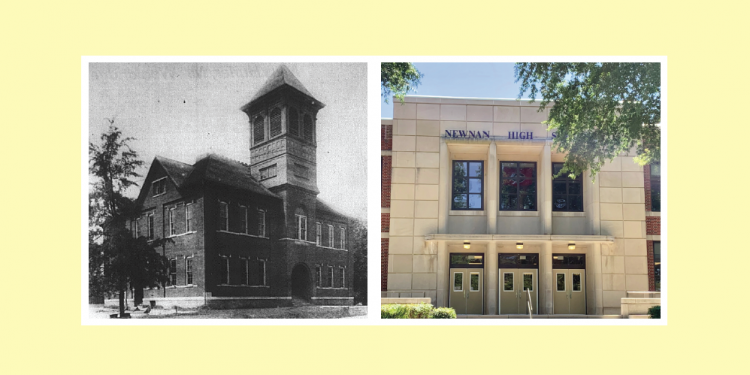 EDITOR’S NOTE: This new column on local history will be a monthly contribution from Emily Kimbell, director of the Newnan-Coweta Historical Society.

Coweta County has been home to prestigious academic institutes on the primary and higher education level. Nothing, however, garners more pride, local rivalry, and super fans, than the county’s three public high schools—Newnan High, East Coweta, and Northgate.

Temple Avenue School, Coweta’s first public school, was built on the corner of Jackson Street and Temple Avenue in 1888 and officially changed its name to Newnan High School in 1916. Students decided that the mascot would be the Tigers with the school colors blue and white in honor of French teacher Mrs. Blue and P.E. coach Mr. White.

However, the Newnan High School of today is not the same as its 1888 or 1916 counterpart. Since that era, the school has changed locations, built a new building, added athletic stadiums, and welcomed a number of new students. Perhaps the most influential impact was the integration of Newnan High School with Central High School.

A decade following Brown vs. Board of Education in 1954, Coweta County began implementing the “freedom of choice” plan, which allowed students to go to the school of their choice regardless of race. This plan resulted in most schools remaining segregated, and local schools were informed that the “freedom of choice” was not sufficient for federal mandates. In July 1969, a U.S. district court order mandated Coweta County schools become fully integrated, and in 1970, Central High School and Newnan High School merged to become one school.

Desegregation brought up concerns for members of the local Black community who feared that Central High School teachers, coaches, and athletic staff, along with the Black Studies program would be overlooked during the merger. The solution was to form a committee of students from both schools to help facilitate the merger. The Newnan High Tigers and Central High Panthers became the Cougars with eighth to tenth-grade taking classes at Central and eleventh and twelfth grade taking classes at Newnan High.

Though desegregation occurred much more smoothly in Coweta County than in other areas, it was not without any contention. Early years of desegregation saw school board complaints, protests, and segregated homecoming queens and parades – a practice that remained in place until 1999.

As Newnan High School celebrates its 1000th football on October 11—the inspiration for the McRitchie-Hollis Museum’s current display, “Touchdown Newnan: Tackling the Legacy of Newnan High School Football”—it is important to think about the school’s history and its impact on our community. Coweta County, along with Newnan High School, has experienced much progress since its days of desegregation, and we should be proud of that progress and our academic institutions. 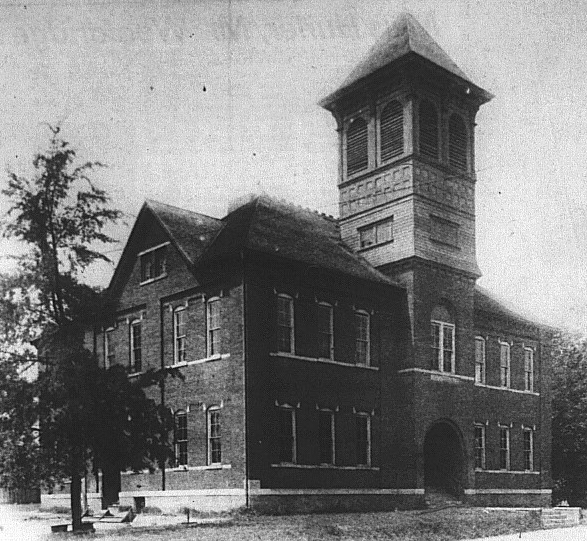 The Temple Avenue School, which later became Newnan High School was built in 1888. The building was abandoned in 1956 and demolished in May 1972. The site is now home to Temple Avenue/Veterans Memorial Park. 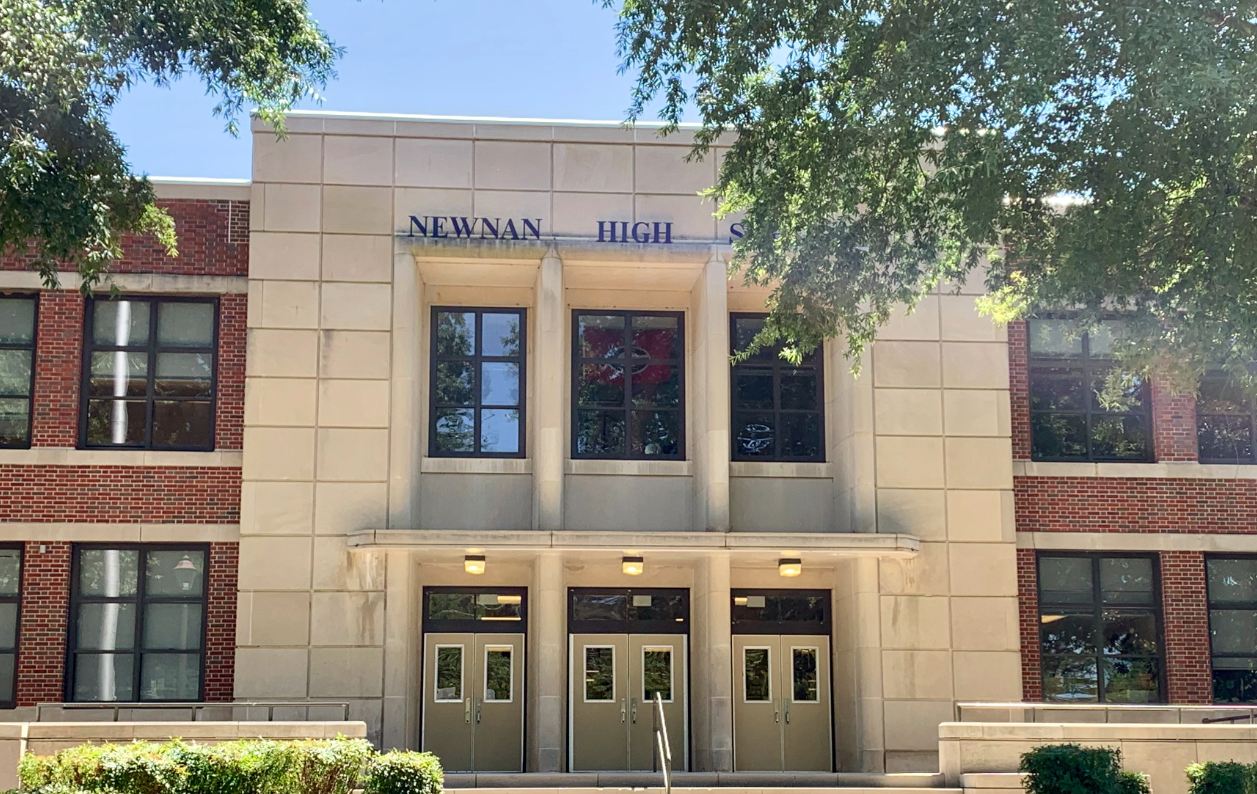 The new, and still used, Newnan High School opened on Lagrange Street in 1952.