The Music: Local and Live in June 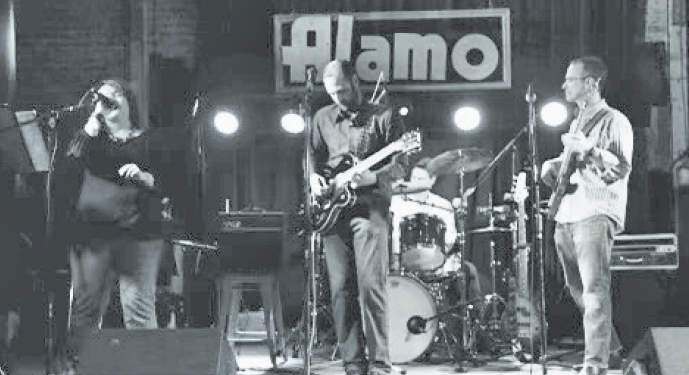 By KRIS YOUMANS, Special to The Paper

So excited to have the opportunity & the pleasure of hearing some of our local musicians live again! The #newnanstrong event in downtown was very cool & there was music on every corner and at Greenville Street Park. Donations were designated to help our friends & families still struggling from tornado damage.

Everyone is looking forward to Alan Jackson’s concert to benefit those affected by the tornado taking place at the Fairgrounds on June 26th -super lineup- and although tickets are sold out, you can donate at www.cowetafoundation.org/concert. Plus there will be after parties around town.

So much is happening and music events are beginning to really blossom for the summer months ahead.

The Hardy Boyd Band is made up of Mary Leslie Hardy from Newnan, Matt Boyd originally from Nashville, Kevin Hebblethwaite from Athens, and Mark McKee from Atlanta who are now long-time residents of Coweta County. They have been playing music together for over 6 years and are well known in the Newnan music community. 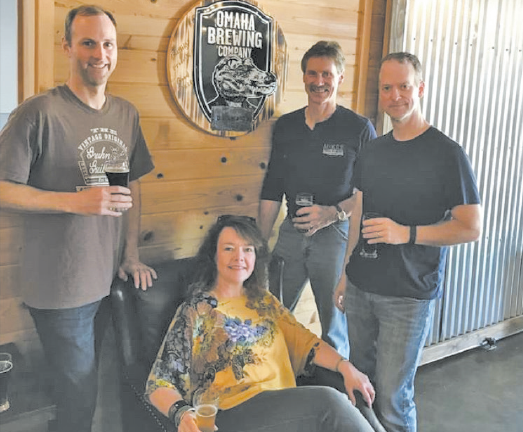 After a few gigs, Matt said he had a friend he went to college with who played guitar, bass, keyboards, drums, and more! That was Kevin, and then there were three! Next they wanted a drummer. Mark McKee, a friend through a local hunt club, was asked to join. Mark also plays multiple instruments which include guitar, harmonica, and flute. With Mary Leslie’s strong soulful vocals and the talents of the band members, they blended very well and are now the Hardy Boyd Band!

They play a large mix of covers that span from the Allman Brothers to Zeppelin, Etta James to Chris Stapleton, and everything in between. They don’t stick with just one specific genre, which makes it fun.

One thing is for sure, if they are playing, you are definitely going to have a good time!

PICKIN’ ON THE SQUARE
Around the Courthouse Square in downtown Newnan
On the 1st Saturday of every month. This event starts around 10 a.m. and goes until 2 p.m. and is for all ages and levels of play. Join in the fun by singing along or bring your acoustic instrument. Lots of networking for musicians going on during the performances.

CALLISTA CLARK … New EP Release! Callista is from Williamson, Ga, started singing & playing in church, has created a huge following while recording her videos on youtube, & has become quite a songwriter! She’s under the Big Machine label and the new EP really showcases her amazing talent.She’s getting airplay on country stations, The Highway SiriusXM, and locally that would be 92.5 The Bear. Contact The Bear and let them know you want to hear Callista Clark in their rotation- follow her on FB, Instagram & YouTube. www.youtube.com/callistaclarkmusic

HUNTER FLANAGAN … From Carrollton,Ga Hunter plays a wide range of venues throughout Georgia, Tennessee, North Carolina & South Carolina. He was voted ‘One to Watch’ by Newnan-County Magazine readers for 2021.He has also been nominated as a Josie Award nominee this year which highlights Indie artists. In 2019 & 2020 he was best overall Artist of the Year through georgiacountryawards.com. Catch his shows at multiple locations, find these listed on his website & FB. Some of Hunter’s upcoming dates:

PATRICK HAGEN … 52 weeks of Live Streams on Facebook ! Tune in every Sunday night at 8 p.m.

HEYDREAMER …  https://heydreamerband.com/ & on Facebook at facebook.com/heydreameratl.  HeyDreamer is recording their second album at Real2Reel Studio in Jonesboro. Will Turpin from Collective Soul is producing the album and the band loves every one of these new songs! Big announcement for the band is that they played the Mello Festival in the UK last month.

DOUG KEES … live videos on Facebook and check out his official website: dougkees.com.  Doug has some great musical plans in the works! He’s recording at Bakos Amp Works in Atlanta & looking forward to a release date in late spring/early summer. He’s in the process of mixing and mastering his own projects as well as collaborating with some of his favorite musicians & friends …First Single from new CD is titled RIVER which has been added to multiple Spotify Playlists. Also check out the album Roots & Boughs (acoustic guitar instrumentals) on his website.

MARY CLAIRE MARTIN … find Mary on Facebook & on her website at www.marymartinmusic.com.  Classically trained on piano as a child, as a teenager took up the electric guitar & never looked back!

ADAM WRIGHT … Newnan’s own Adam Wright & Shannon Wright are husband & wife singer/songwriters- both growing up in musical families . Adam is a twice-nominated Grammy nominated songwriter, singer, producer, & musician. He’s written songs recorded and performed by his uncle Alan Jackson, Lee Ann Womack, John Legend, Brandy Clark, Robert Earl Keen, Lonesome River Band, Trisha Yearwood, Garth Brooks and others. His newest album “I Win” was written in the Spring of 2020 during lockdown. The Associated Press says “I Win is a quarantine accomplishment, craft & care are reflected in the way he packs clever rhymes and wordplay into concise tunes.” Adam will be playing at the Alan Jackson Benefit Concert on June 26.