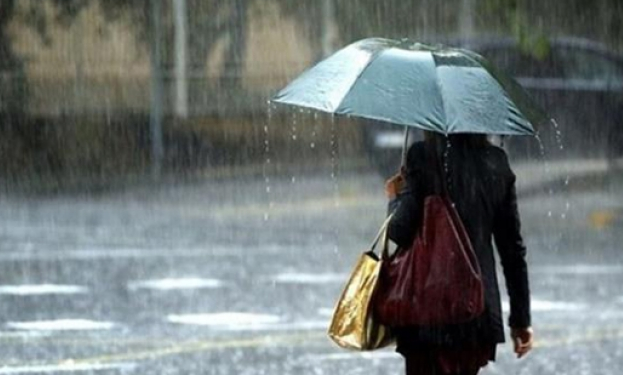 Another weekend, another round of rain and storms here in Coweta County.

This time, though, the National Weather Service in Peachtree City says there is a chance of severe weather on Saturday as a cold front approaches from the west.

Folks can expect showers and thunderstorms on Saturday with gusty winds from the south as high as 25 mph. The timing of the threatening weather is Saturday afternoon and evening. According to the NWS, the threats are damaging wind gusts, locally heavy rain and a chance of an isolated tornado.

Weather conditions can change so click the following link to the NWS Local Website for current information.

Below is the day-by-day forecast (as of 6 a.m. Friday) from the NWS:

FRIDAY – A 30 percent chance of showers, mainly after 4pm. Cloudy, with a high near 68. Southeast wind around 10 mph, with gusts as high as 15 mph.

FRIDAY NIGHT – A 40 percent chance of showers. Cloudy, with a low around 59. Southeast wind around 10 mph, with gusts as high as 20 mph.

SATURDAY – Showers likely, then showers and possibly a thunderstorm after 1pm. High near 71. South wind around 15 mph, with gusts as high as 25 mph. Chance of precipitation is 90%. New rainfall amounts between a tenth and quarter of an inch, except higher amounts possible in thunderstorms.

SATURDAY NIGHT – Showers likely and possibly a thunderstorm before 1am, then a slight chance of showers. Mostly cloudy, with a low around 49. South wind 5 to 15 mph becoming west after midnight. Winds could gust as high as 25 mph. Chance of precipitation is 70%.

SUNDAY – A 20 percent chance of showers after 1pm. Mostly sunny, with a high near 67. West wind around 5 mph becoming south in the afternoon.

SUNDAY NIGHT – Showers likely and possibly a thunderstorm. Mostly cloudy, with a low around 54. Chance of precipitation is 60%. 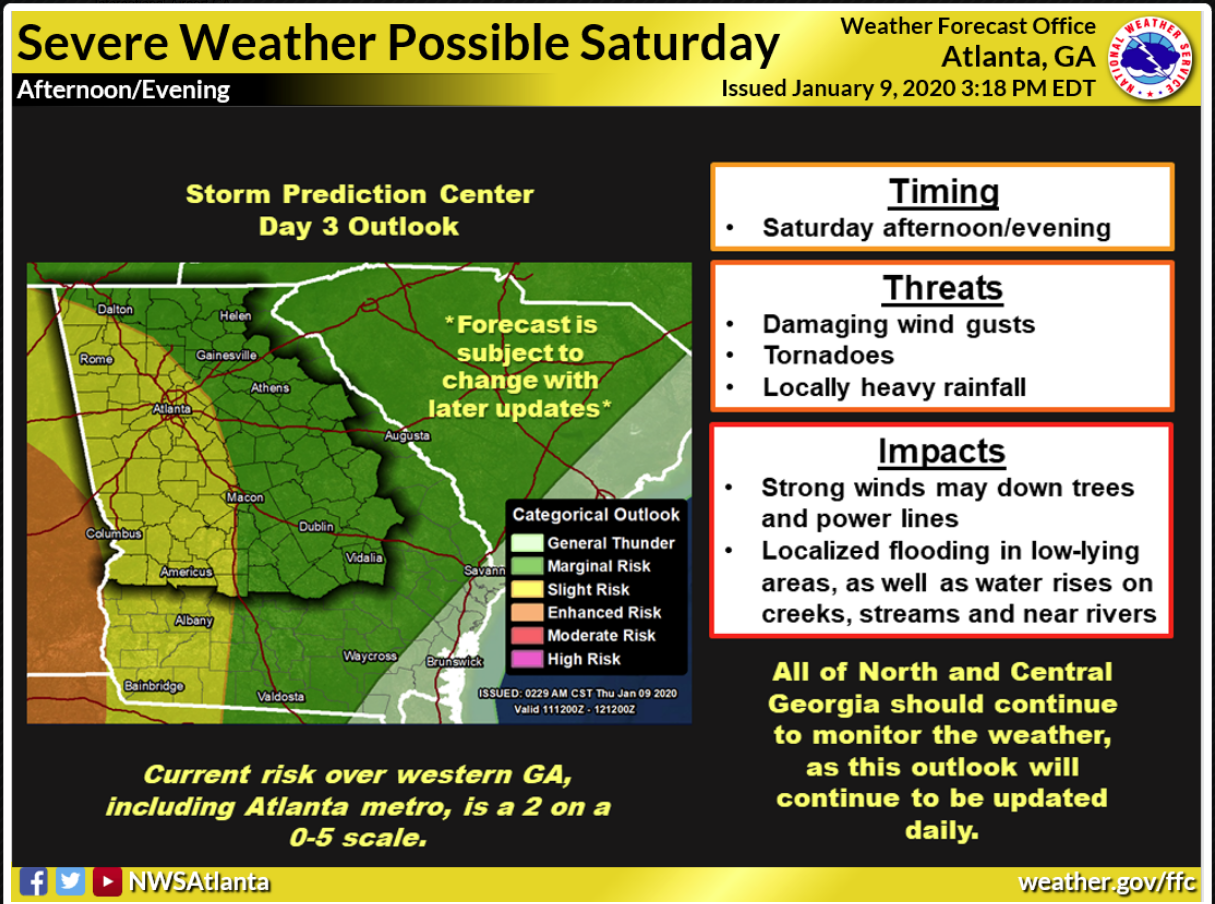