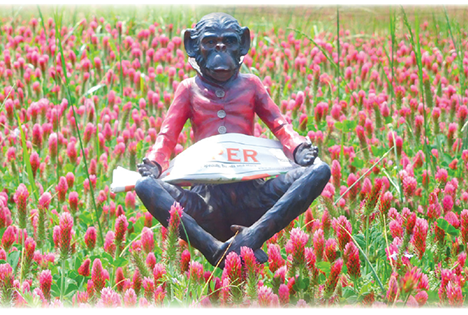 H.J. Wings & Things is moving into the old Fatboy’s location on Hwy. 16. Opening is expected later this summer.

Quiz shows have lots of questions about celebrities and movies to make people who watch tv all day appear smart and keep watching.

The Tanner Health System School of Nursing (THSSON) at the University of West Georgia offers one of the five best online nursing school master’s programs in Georgia – as well as one of the best in the nation – according to The Princeton Review.  The college admission services company recently published its list of top online Master of Science in Nursing (MSN) degree programs, with judging based on criteria such as flexibility, affordability and access to innovative technologies.

The largest container ship to ever serve the U.S. East Coast called on the largest single container facility in North America. As the massive 16,000-TEU vessel docked at the Port of Savannah’s Berth 9, a team of logistics professionals tackled the CMA CGM Marco Polo with seven ship-to-shore cranes and hundreds of men and women on the ground and aboard the vessel to load and unload an estimated 6,000 TEUs of cargo.

If you can touch your door while going to the bathroom, you probably aren’t rich.

Frank Henderson and Steve Quesinberry, teachers at Newnan High School, were recently presented with quilts handmade by the Coweta Quilts of Valor association. They taught history at NHS, and had a special class on the Vietnam War.

Why are wedding dresses bought and tuxedos rented? The utility of each is such that it should be the other way around.

For the eighth consecutive year, the University of West Georgia has been named one of the nation’s Most Promising Places to Work in Student Affairs. UWG is one of only two institutions nationwide to receive the recognition, granted by the American College Personnel Association (ACPA) and “Diverse: Issues in Higher Education” magazine each year, all eight years it has been presented. With a focus on workplace diversity, staffing practices and work environment, the research uses a web-based survey approach to examine categories including family friendliness, salary and benefits, and professional development opportunities.

With the break in high temperatures recently, Georgia Power is reminding customers to prepare now for the expected return of summer heat. The company is offering its top 10 tips to help customers keep their homes cool and reduce the impact of the hot weather on power bills. As part of continued efforts to help customers save energy and money, the company has made it easy to find the full menu of energy efficiency solutions and advice at www.GeorgiaPower.com/EnergyEfficiency.

Marriage is one of the few things where we consider someone an expert if they’ve only successfully done it once.

Governor Brian P. Kemp said Semperit Industrial Products, an international provider of highly specialized rubber products for customers within the industrial and medical sectors, is expanding into Newnan, according to a press release. The investment  totals $9 million, and the company plans to create 70 jobs here.

The Coweta County Board of Commissioners unanimously appointed Robby Flanagan to serve as Coweta County Fire Chief.  Flangan said he was honored, pointing out “My family has always been rooted in Coweta County, spanning back four generations. I understand the history as well as the vision for the future. To be able to now serve our citizens and fire department in a greater leadership role is a true honor. This community is like family to me.”

People get so focused on their wedding that they forget there’s an actual marriage afterwards.

The board of directors of Explore Newnan-Coweta, Inc. (ENC), the community’s new tourism entity, has named Heather Daniel as the finalist for the president and chief executive officer’s position.  Mayor Keith Brady, who serves as chair of the board, made the announcement

The Hunter Scarbrough Foundation recently awarded $77,000 in scholarships to 22 deserving Coweta County graduating seniors. The Hunter Scarbrough Foundation was created to honor Hunter’s memory by presenting a one-time college scholarship to high school seniors who have demonstrated the qualities Hunter possessed and shared with others, including faith, leadership, academic perseverance, and community service.

Story in the Athens-Banner Herald listed the top 10 BBQ joints to try out on a trip around Georgia. Our own Sprayberry’s BBQ made the list. https://www.onlineathens.com/story/lifestyle/food/2021/06/21/bbq-near-me-georgia-restaurants/7685720002/

A surgeon is legally allowed to stab people.

Brent Blankenship, who has served as a lieutenant for the Newnan Police Department, was named the city’s new police chief following the retirement of Chief D.L. “Buster” Meadows on June 30. Blankenship, who has spent 22 years in law enforcement with the city of Newnan, holds a bachelor’s degree from LaGrange College. He joined the department in 1999 as a patrolman, worked on the bike patrol unit, and later worked his way to traffic, detective and sergeant. In 2018, he was promoted to lieutenant of the Office of Professional Standards.

Bachelor parties would make more sense if they were held the night before a divorce rather than a marriage.

Cornerstone Building Brands, the largest manufacturer of exterior building products in North America, announced a donation of building products valued at $500,000 to Habitat for Humanity’s nationwide Disaster Risk Reduction and Response program, as well as a $100,000 financial contribution to the Coweta Community Foundation. Almost 1,800 of the company’s 20,000 employees work in six manufacturing plants near Newnan, and Alan Jackson was the founding ambassador of Cornerstone Building Brands’ Home for Good project

Doug Kees will have a concert at The Wadsworth Auditorium on July 16 to premier his new album ‘Eleven.’ “It’s a collection of instrumentals I wrote last year and features a full band performance of the album plus other surprises,” Kees said. Tickets are available at www.dougkees.com or at the door and the album will be available at the show.

Caregiver of the Month: Patsey Irvin