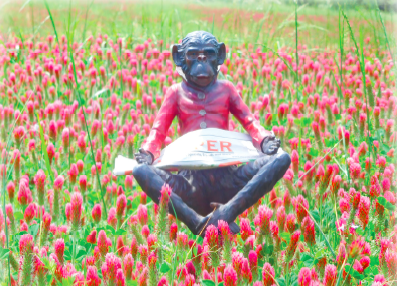 Winston Skinner, the journalist who could tie anyone from Moses to Gorbachev to some visit in Coweta County, has retired from The Newnan Times-Herald. Over a nearly 40-year career, Winston interviewed … well, everyone in the county. And he really did find a David Bowie connection. His institutional knowledge will be sorely missed. We wish him the best in his new endeavor as business manager of a new trucking company.

Ever notice that dogs hate have you blow on their faces, but have no problem sticking their nose out of a car window going 70 mph.

Linda Bridges in rumored to be the new owner of Monica Gaddy’s former publications, Lifestyles and Distinctively Southern Magazine. Will Blair, one of the area’s finest journalists, is taking the helm as editor. Blair announced his editorship of the Newnan-Coweta Chamber of Commerce’s magazine in its third issue a few months back, but his name is nowhere to be seen in the latest issue of that publication. Why aren’t we surprised?

And in more journalism news, The Newnan Times-Herald is cutting back to a two-day printed newspaper. Issues will come out on Wednesdays and Saturdays and will be mailed rather than delivered.

State Labor Commissioner Mark Butler said that Georgia broke records again in August – posting all-time highs in jobs and employment. Georgia had even more positive news in the August preliminary numbers. The state added to its labor force for the first time in six months and saw new unemployment claims fall, according to a press release.

Steroids and asteroids are completely unrelated.

Famed Caped Crusader L.J. Tucker, the 8-year-old who suffered from a terminal brain tumor, has given up his capes for wings. The “Mayor” of Senoia passed away Sept. 23.  Six-year-old Keris Brembry, also of Coweta County, died of the same rare disease four years ago.

Home Helpers of Georgia and Alabama has moved to 284 Bullsboro Drive in Newnan – in the Newnan Plaza (Merle Norman Cosmetics) and is on the second floor. The In-Home Care Service was previously located on Jefferson Street.

Russia is the least Asian of all Asian countries.

Bliss Salon & Day Spa of Newnan, located in Avery Park, offers a Hometown Hero Discount to those who serve this country and community. All active duty military, veterans and Coweta County first responders (firefighters, law enforcement officers, EMTs or paramedics) will receive a 10 percent discount with proper identification on all massage services such as Deep Tissue, Hot Stone, Swedish, Stress Ease and Prenatal.

One of the Uncle Maddio’s Pizza franchisees in Georgia is rebranding their stores into Pazzi’s Italian Grille. The Newnan location, at 371 Newnan Crossing Bypass, is adding calzones, pastas and paninis.

Life will get a lot more interesting when artificial intelligence discovers WikiHow.

When a watch stops working, it shows its exact time of death.