Zen News & Notes from Coweta and the Internet 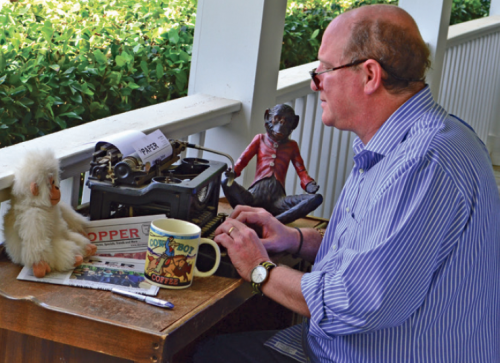 From East Coweta’s Twitter Feed:; And the day just keeps getting better at EC…  Our very own, Elizabeth Hood Thompson, was just selected as The VFW Teacher Of The Year for the great state of Georgia!! How’s that for some AWESOMENESS!!

WalletHub today released a new report on the States with the Cheapest & Most Expensive Car Insurance, along with a review of Georgia’s Best Cheap Car Insurance Companies (plus accompanying videos and audio files).  Based on WalletHub’s analysis, Georgia was determined to be the 7th  most expensive state for car insurance in 2021.

Chicken Salad Chick, which has a restaurant in Ashley Park, is relocating its headquarters from Auburn, Alabama, to Atlanta. The move is slated to take place during the first quarter of 2021.

Maine is the closest point in the U.S. to Africa.

The personal-finance website WalletHub has released its report on 2021’s Most Sinful States, as well as accompanying videos. To determine where the U.S. has the most moral growing to do, WalletHub compared the 50 states based on seven sinful behaviors: anger and hatred, jealousy, excesses and vices, greed, lust, vanity and laziness.

Ohio is the only state that doesn’t share a letter with the word “Mackerel.”

According to UGA Professor, and Turf Grass Breeder Brian Schwartz, the patch of green turf used in the Super Bowl was made in Tifton, Georgia. “This is the location that many turf grasses have been developed over the last 60 years,” said Schwartz, in an interview with Fox31. “Some of the more famous ones are Tiftway 419, that has been used in many Super Bowls.

Cancer Treatment Centers of America (CTCA) Atlanta, located here in Newnan, has achieved Magnet recognition by the American Nurses Credentialing Center (ANCC), positioning the cancer specialty hospital among a select group nationwide to receive this national honor in nursing excellence. CTCA Atlanta is one of just 11 Magnet-recognized hospitals in Georgia.

For those keeping track, socialite Paris Hilton got engaged on her 40th birthday. This will be her fourth engagement. She has yet to make it down the aisle. That’s hot.

Detroit is farther east than Atlanta.

Senoia will be getting its very own Chick-fil-A, which will be located next to the Publix store popping up soon. And Star of India, a popular restaurant in Peachtree City, has opened its second location on Sullivan Road off Hwy 34, right behind the CVS.

And some more businesses opening up: Mr. Clean Car Wash has opened in Sharpsburg with its new Express car wash format, located at 18 Bailey Station Way (at Highway 34); and Pelican’s SnoBalls has opened in an old bank building at the intersection of Millard Farmer Industrial Blvd. and Hwy. 29 North.

Piedmont Healthcare and Anthem Blue Cross and Blue Shield announced they will continue to partner, ensuring consumers’ access to all Piedmont facilities, physicians and services, according to a published report. The new multi-year agreement was signed by both organizations more than two months ahead of the former contract deadline, to protect consumers during the continuing coronavirus pandemic.

Kids Castle Park is temporarily closed for renovations. However, the Carl Miller Park, including picnic tables, walking trails and the pavilion, is open. Follow updates on Facebook: @NewnanUtilitiesGA.

Australia is wider than the moon.