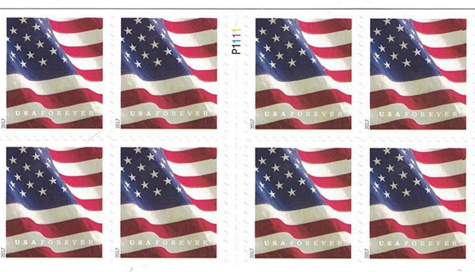 The USPS raised the price of Forever stamps to 55 cents. That 10% increase is the biggest hike the USPS has made when it comes to the cost of mailing a first-class letter since 1991, when the price rose 16%, from 25 cents to 29 cents.

A new Starbucks and Chipotle have officially opened up on Bullsboro Drive in front of  Kohl’s. Chips and a mug of joe side by side.

And for those wanting yet another big box store that sells everything, a new Costco is breaking ground across from Sam’s Wholesale on Fischer Road.

But wait, there’s more. A new Waffle House is under construction on Lower Fayetteville Road and Newnan Crossing Bypass. A Chick-fil-A is also planned at Newnan Crossing Boulevard at Poplar Road across from Piedmont Newnan Hospital.

The University of West Georgia Newnan announced a 40 percent increase in student enrollment for spring 2019 over the same time last year. A count of students in spring 2018 totaled 688 students, and spring 2019 sees 935 students attending UWG Newnan. There are also another 127 high school dual enrollment students, according to the university.

* * *
If someone accuses you of being argumentative, there is no way to defend yourself.

The Newnan City County has nixed any future filming downtown for a while. Council members want city staff to sit down and come up with some recommendations regarding whether the filming is good, bad, or ugly.  A hotel owner will have a vastly different take than a downtown clothing store we’d guess.

During that absurd cold snap that swept the nation a while back, Meteorologist Ryan Maue said Chicago and many other places affected by the vortex were colder than the North Pole and much of Antarctica, USA Today reports. But other places, including parts of Siberia and Greenland, will still be colder than Chicago, he says.

From Piedmont’s social media: An 87-year-old patient of Piedmont Newnan Hospital has wanted to be baptized for a long time but her own health issues and the recent death of her husband have prevented her from being baptized at her church. When chaplain Mark Riley learned of this from her daughter, he offered to perform her baptism at the hospital. In her room in the ER, Katherine, with her daughter by her side as her witness, was able to fulfill her wish to be baptized thanks to Mark.

Hartsfield-Jackson Atlanta International Airport remains the world’s busiest airport for the 20th consecutive year, serving more passengers than any other airport in the world in a single year, according to a report from Georgia CEO.  Preliminary statistics show that in 2018,  ATL served 107,394,029 passengers, a 3.33 percent increase over 2017’s total.

* * *
City of Newnan officials, along with supporters of the 25-mile multi use LINC trail system, officially opened the first section of the trail. That section includes areas around The Nixon Centre and Newnan Crossing Elementary School.

The main child actors in Harry Potter were schooled onsite, so technically they went to Hogwarts.

University of West Georgia (UWG) Provost and Vice President of Academic Affairs, Dr. Micheal Crafton, has been named interim president of the institution. Crafton will assume this role on April 1, following the departure of Dr. Kyle Marrero to Georgia Southern University.

Mail and Office opened its doors at 1065 Sullivan Road, Suite B (just behind CVS Pharmacy) in Newnan. It is the go-to resource for packing, shipping, printing and business service needs of the residents and businesses in the Thomas Crossroads area.

Payless Shoe Source is closing all 2,100 stores in the United States. One of those is located in Newnan next to TJ Maxx.

All three Coweta County School System High Schools have been named as 2019 Advanced Placement Honor Schools, based on AP participation and performance rates of the class of 2018. There are several categories of AP Honors that high schools may earn each year, based on student performance.  Northgate High School, Newnan High School and East Coweta High School were each named as AP STEM, STEM Achievement and Humanities Schools, and Northgate High School was named an AP Merit School, for achievement by students in the class of 2018.

* * *
So apparently Bob Heaberlin, senior director, chief administrative officer and bottle washer at UWG-Newnan, loves Shane’s Rib Shack. So much so that he just hit his 1,000th milestone. He was given a $100 gift certificate by the crew at Shane’s in appreciation to “Dr. Bob.”