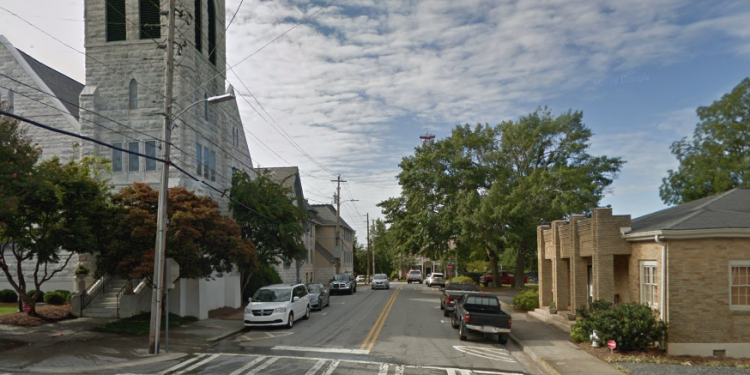 The city of Newnan has officially closed the section of Brown Street between West Broad and Spring streets. The closure was at the request from Central Baptist Church, which wanted the permanent closure for the expansion of their facility.

The Checkers restaurant on Bullsboro has closed. The restaurant had closed and moved into Walmart, but later re-opened at the former location. No word on what will become of the building.

87 days – that’s the length of time between the birth of two twins. And yes, that’s the record.

Medal of Honor recipient Col. Joe M. Jackson has died. He was from Coweta and received the nation’s highest military honor for his actions in the Vietnam War.

Sen. Matt Brass (R – 28 and our local dude) will serve as chair of the Reapportionment and Redistricting Committee. Governor Geoff Duncan and the Senate Committee on Assignments recently announced new standing committee chairs for the first session of the 155th Georgia General Assembly.

An alpaca can die from loneliness.

Newnan High’s 2019 Valedictorian is Rad Wyrick and the 2019 Salutatorian is Maddie Cramer. Congratulations!

The filling inside Kit Kats is actually rejected Kit Kats that were then crushed up.

Northgate High School Valedictorian is Sam Pfliger and its 2019 Salutatorian is Morgan Robertson. Congratulations to both.

Your tongue actually rests on the roof of your mouth when you are not using it. You just checked didn’t you?

University of West Georgia President Dr. Kyle Marrero was officially named as president of Georgia Southern University. He will start in his new position April 1. Yes, we know that’s April Fools, but something tells us he’s still going. We want to thank him for his years of service and his involvement in getting the new Newnan campus up and running.

Congratulations to the Newnan High School History Club, which put together 555 dozen boxes of cookies to send to troops overseas. Who says kids today don’t get it.

Rhode Island declared independence from Britain two months before the rest of the colonies. For those keeping track at home – May 4, 1776.

A Retirement Party honoring Sheriff Mike Yeager is scheduled for Thursday, Feb. 7 at the Coweta County Fairgrounds & Conference Center. The event celebrates Sheriff Yeager’s 31 years with the Coweta County Sheriff’s Office and is a drop-in from 4-7 p.m. with BBQ plates available. No RSVP is needed. Ya’ll come.

•••
All mushrooms are edible. Some only once.

There is no winning at parenting, just damage control.

WEDNESDAY'S NUMBERS ... Per the Georgia Department