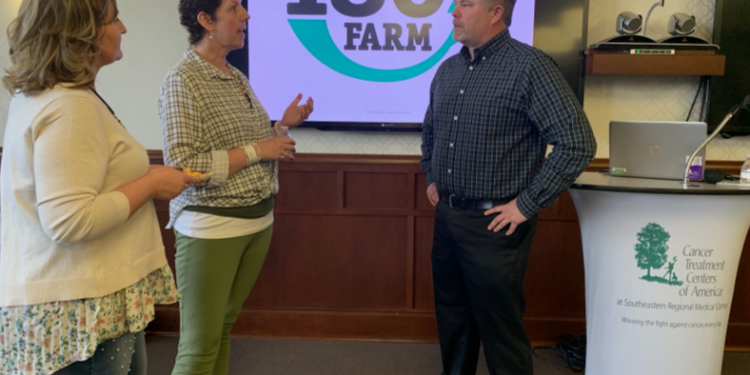 During the public event, Scott shared information about genetically modified foods and tips on how to eat an organic diet on a budget. More than 45 members of the community attended, including CTCA patients, caregivers and employees.

Scott and Nicole started the farm to minister to the needs of the community through education and providing clean, organically-grown food. With land originally intended to be a family homestead, Scott and Nicole’s vision changed when their son Mason was diagnosed with stage 4 cancer in 2006. As Mason’s cancer became non-progressive, they realized we needed to do more than just grow good food for themselves. Simply put, they wanted to produce foods for the local community they struggled to find locally while Mason was recovering.

Find out more about 180° Farm and the Tyson family’s story on their website: http://www.180degreefarm.org/. 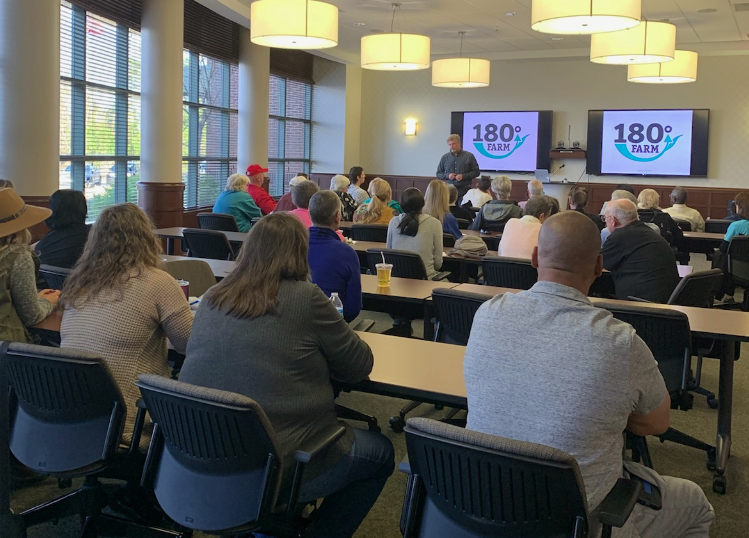