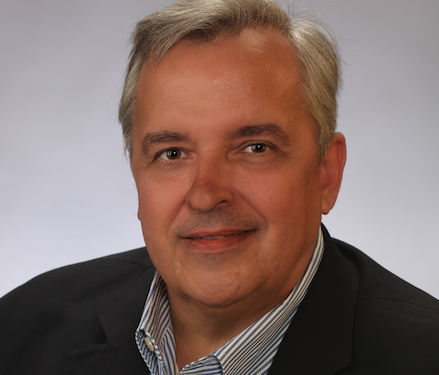 Phillips is a Newnan native and graduated from West Georgia College (now University of West Georgia) with a Bachelor’s of Computer Science degree. He and his wife Vicki reside in Coweta and have two grown children. Prior to joining Newnan Utilities in 2003, Jeff worked in technology and operations management for AT&T Fitel and KPMG.

“When Dennis approached the Commission about his upcoming retirement, he asked that we consider Jeff as his replacement,” said Bobby Lee, Chair of the Newnan Water, Sewerage and Light Commission, the governing body of Newnan Utilities. “For us, there was really no doubt about it. Jeff knows all the ins and outs of this business like the back of his hand. He cares about the employees, the customers, and the community. I know he will do a great job in this role.”

Jeff originally joined Newnan Utilities to lead the highly successful cable and internet division. Under his leadership of that division, the business continued to grow and expand its offerings. They built a loyal customer base of over 18,000 cable and internet customers, the highest market penetration rate of any provider in the area.

“We were able to do something no one was doing outside of big cities by providing services built on our highly reliable fiber infrastructure,” said Phillips. “That was huge for businesses in our community to be able to have access to that kind of service.”

When the cable and internet division of the organization was sold to an investment firm in 2008, Jeff’s focus turned to the electric, finance, and operations sides of the business. In 2019, as McEntire began to look toward retirement, Jeff was promoted to the position of Assistant General Manager.

“It is an honor to even be considered for this position and I’m grateful to the Commission for allowing me this opportunity. I’m humbled to be appointed,” said Phillips. “Our Commissioners and Dennis have done an outstanding job of creating a culture of commitment to the community that Newnan Utilities serves. You could especially see that last year when the EF4 tornado tore through Newnan. Our employees arrived without us even having to call and they worked hard in the dark, damp, treacherous, and almost eerie conditions, cutting through the trees and debris to help our customers and get their power back on. I remember thinking then how much of an honor it is to be able to work with a group of people who care that much about what they do, the people we serve, and each other.”

“I’m excited to see where Jeff takes this organization,” said Dennis McEntire. “He has a lot of good people working alongside him and I have no doubt that they will all do great things together.”

Though Jeff doesn’t plan to make sweeping changes when he takes the helm, he’s looking forward to looking at expanding some initiatives, such as the NU Recycles program.

“Newnan Utilities already has a lot going for it. We have a great reputation and even better employees. I couldn’t ask for a better place to work or a better family of coworkers,” said Phillips. “It is an honor to work alongside our employees and I look forward to our future.”