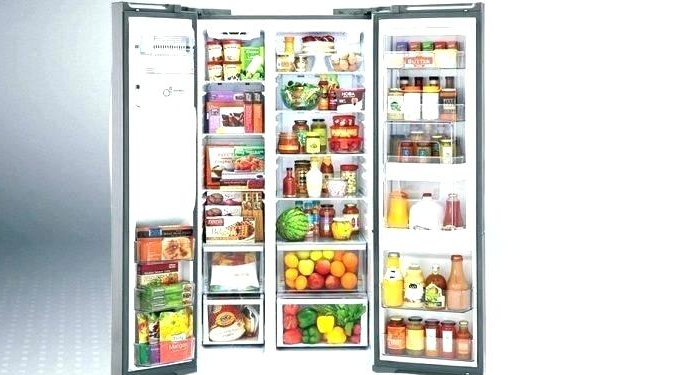 A couple of years ago, we were looking for a new refrigerator/freezer. We ended up with one of those “top-of-the-line” models.

That’s just code to let you know there will probably be one too many “zeros” in the price tag. But this one looked really nice on the outside, and very cool on the inside. “Inside” being only what you could see – I’m playing off that whole “beauty is only skin deep” adage here.

Anyway, the nice sales reps or whatever they are called these days somehow convinced me to buy the extended warranty for some absurd price. That was the only positive thing that ever occurred with this Icebox from Hell.

It was, as I mentioned earlier, quite stately on the showroom floor. French doors for the refrigerator, followed by the “meat and cheese” drawer and then the freezer. Cubed or crushed ice and purified water accessible on the front. And of course each section could have its own temperature setting. Heck, I think that meat and cheese drawer could have two different settings, for both the left and right side.

To speed things up, the ice machine went out three times. It was under warranty for one, the extended warranty for another. Since we would have to shell out for the third, we just started  buying bagged ice.

One of the drawers on the right side of the refrigerator doors broke four times. On the fourth, we had so much duct tape on it I thought we were safe. Wrong. The handle to the freezer broke off. Ice would thaw and then freeze on the bottom of the freezer. Ever try to open a big frozen drawer?

But at some point, you realize enough is enough. So The Paper Girl went out to find a replacement. And she, as she always does, found quite a bargain at the Newnan-Coweta Habitat for Humanity ReStore.

One of the water lines needed to be replaced, but that’s why we have teenage sons for projects like that. The best part was the price – a full “zero” less than the Icebox from Hell.

And I don’t have to worry about trying to figure out how to set seven different temperatures.

Call this a plug for places like ReStore or over in Peachtree City, A Better Way Ministries. They take all kinds of donations, from clothes to televisions to top of the line gas stoves and yes, refrigerators.

They turn around and sell these donations. That money is used to employ people, to help build houses and cover the expenses of various ministries.

There are so many incredible local non-profits that could use your help, whether it be money, goods or time.

So if you are upgrading your (fill in the blank), consider donating the old model to a local non-profit who would appreciate it.

I think most of us have too much stuff. Now is a good time to start letting some of it go to another home.

Thanks for investing your time in our publications.