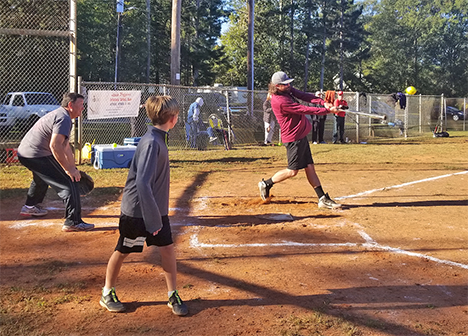 Pictured above – The Lewis Grizzard Invitational was full of exciting moment – and fun. In some cases, children ran for the adult batters.

Lewis Grizzard loved a good ballgame, and a softball game in his hometown of Moreland celebrated the writer and humorist’s 75th birthday on October 23.

The event was sponsored by the Moreland Cultural Arts Alliance, which operates Moreland’s museums and plans special activities throughout the year.

Special recognition went to Mattline Render, the only Moreland native to become an Olympic athlete. This marks the 50th anniversary of Render and her team bringing home the gold medal from the Pan American Games. In her remarks, she referred to her horror at the killing of Israeli athletes when she was at the 1972 Summer Olympic Games in Munich. She also offered words of encouragement and told the crowd, “I love you all.”

Joe Crain, organizer of the Coweta Sports Hall of Fame, threw out the first pitch. Two impromptu teams competed – the Lewises versus the Grizzards. The Grizzards won 17-11.

Grizzard grew up in Moreland. He is remembered for his humor and his best-selling books today. He loved sports growing up, played baseball at Newnan High and was named sport editor at the Atlanta Journal when he was only 23. Grizzard suffered from a congenital heart ailment and died at 47 after heart surgery in 1994.

MCAA is a 501C3 non-profit. The idea for the softball game originated with Carol Chancey, who oversees day-to-day projects and activities for MCAA. MCAA plans to make the game an annual event. 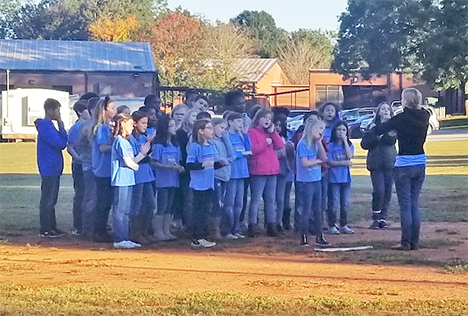 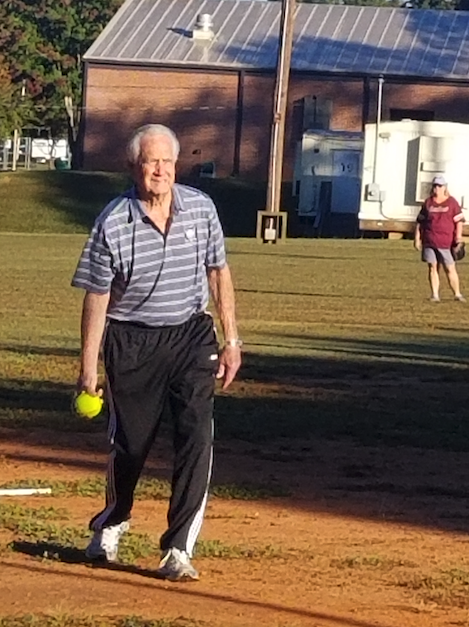 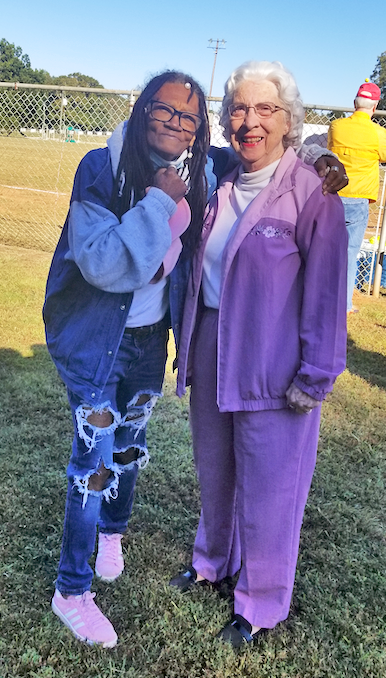 Mattline Render, the only Olympic athlete born in Moreland, is glad to see her lifelong friend, another Moreland native, Sara Jane Skinner. 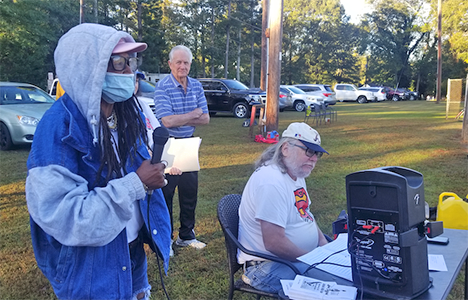 “I love you all.” Olympic runner Mattline Render speaks at the opening ceremonies for the Grizzard ballgame. Behind her are Joe Crain and announcer Stuart Crosby. 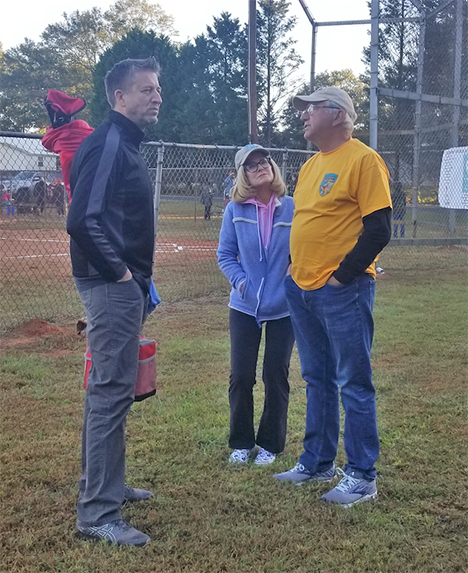 The Grizzard Invitational brought together elected officials from throughout the county. Turin Mayor Alan Starr, left, talks with Lisa Sells and her husband, Jim, who serves on the Grantville City Council. 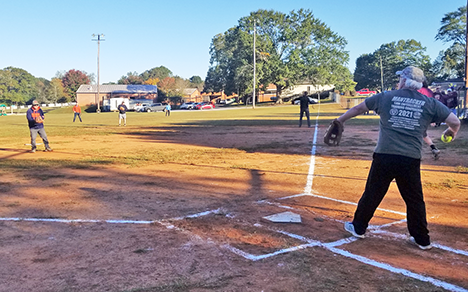 James Yarbrough, longtime investigator for the Coweta County Sheriff’s Office, prepares to throw the ball while serving as catcher during the Grizzard Invitational Softball Game.

Wreaths Across America Set For Dec. 18

NOT TOO LATE ... To take advantage of savings at t