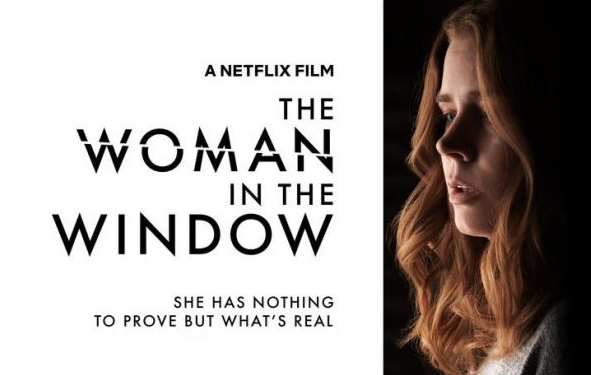 A Quiet Place Part II: (May 28) – When John Krasinski’s “A Quiet Place” thundered into theaters in 2018, it was something of a phenomenon.  The central idea was relatively simple: murderous aliens arrive on Earth and hunt by sound.  Only the very, very quiet can survive.

Krasinski, the actor most famous for his recurring role on the US version of “The Office,” co-wrote, directed, and starred in the film opposite his wife, Emily Blunt.  And their chemistry combined with more than a few shocking moments of terror help propel “A Quiet Place” to a massive box office haul north of $340 million. A sequel was all but inevitable.

“A Quiet Place Part II” originally premiered on March 8, 2020, but its theatrical launch thereafter was delayed due to the pandemic. As one of the first movie casualties of COVID, the film did not make the jump to streaming.  So, it will be interesting to see how this sequel fares as theaters across the country (and the world) crank back up.

The trailers show the surviving members of the Abbott family leaving their farm and seeking safety elsewhere.  Naturally, any noise could be the sound of their doom.  This one might be worth experiencing in a super-quiet movie theater.

The Woman in the Window: (May 14) – Delays, reshoots, rewrites, the production of “The Woman in the Window” was messy.  Directed by Joe Wright (see 2007’s “Atonement” and 2017’s “Darkest Hour”), “Woman” is an adaptation by Tracy Letts (see 2011’s “Killer Joe”) of the A.J. Finn bestseller of the same name.  The story is about an agoraphobic woman (played by Amy Adams) living alone in the Big Apple. To pass the time, she spies on her neighbors and thinks she witnesses a crime of violence.  This “Rear Window” type movie should benefit from the A-list cast that includes Adams and Gary Oldman, and Anthony Mackie.

Army of the Dead: (May 21) – After finding redemption with his HBOMax four-hour cut of “Justice League,” director Zack Snyder has another chance to win back fans by revisiting high-concept material.  Most viewers first became aware of Snyder’s talent when he remade George A. Romero’s classic “Dawn of the Dead.”  Snyder’s significant change was that he made the zombies fast-moving, which gave the flesh-eaters a whole new dimension.

“Army of the Dead” goes back to the speedy zombie material, but this time he’s grafted an “Ocean’s Eleven” heist story onto the horror/action elements. And he smartly enlists Dave Bautista to play a mercenary who leads a diverse team into an apocalyptic Las Vegas (that’s a zombie stronghold) to steal a pile of cash.

Cruella: (May 28) – Watching the darkly sardonic trailers for “Cruella” immediately reminded me of 2019’s “Joker.” While it’s likely that this Disney live-action prequel that follows the origin story of Cruella de Vil won’t be too brutal, director Craig Gillespie (see “I, Tonya”) is undoubtedly evoking a pitch-black tone. And it should wear its PG-13 rating well, as Cruella’s penchant for mayhem takes a page from the Joker’s playbook.  And how can anyone resist seeing Oscar-winner Emma Stone inhabiting the wild-haired title role?

Those Who Wish Me Dead: (May 14) – Angelina Jolie plays a forest firefighter who protects a young witness to a murder in this thriller from director Taylor Sheridan (see “Hell or High Water”). While the trailers look derivative, Sheridan is a writer/director who elevates almost any formulaic material.  After all, he wrote the screenplay for “Sicario,” and his script for Amazon’s “Tom Clancy’s Without Remorse” took tired story elements and made them fresh enough to hold my interest.

The Handmaid’s Tale: (Season 4 streaming now) Fix Rating 7/10 – Hulu shared eight episodes of season 4 with me.  The first three shows premiered last month, and the rest of the series will be released weekly.

The agony continues for June Osborne (Elisabeth Moss) as she tries to escape the repressive nation of Gilead.  Set in a dystopian future where the birthrate has tumbled, Gilead is a religious theocracy that coerces fertile women into serving as handmaids.  These unfortunate souls are abused and forced to have children with commanders, the hypocritical leaders of the country.

But June fights back, and since child-bearing women are scarce, Gilead has a hard time figuring out how to stop her.  Of course, they do everything but kill her, which makes this show one of the most brutal on television.

Season 4 has June in hiding once again, but this time, she’s out for blood.  And she finds allies that share her deadly desires. This season concerns her ongoing search for her daughter and eternal quest to bring down Gilead. It’s an action-packed season that benefits from Moss’ peerless performance and the camera loves her, as shots linger on closeups of her face going through the torment.  “The Handmaid’s Tale” is riveting, provocative, and often frustrating viewing.

Tom Clancy’s Without Remorse: (now streaming) Fix Rating 7/10 – After finding success with its “Jack Ryan” series, Amazon is doubling down on Clancy with this adaptation that teases the possibility of more installments.  Michael B. Jordan plays a Navy seal, John Kelly, who is betrayed after a complicated mission involving Russian operatives.  When the Russians decide to get some payback, Kelly goes rogue to exact revenge.  This straight-laced, square-jawed film features some effective, grounded, bone-crunching action sequences.  Jordan might just have the makings of a “Rainbow” franchise moving forward.

Together Together: (now playing) Fix Rating 7/10 – If guns and violence aren’t your cup of tea, this little comedy is perfect counter-programming. The story has a single guy in his 40s named Matt (Ed Helms) hiring a 20-something named Anna (Patti Harrison) to serve as his surrogate. But what starts as a business transaction becomes something more as the two loners find a special friendship during the pregnancy.  This one is an unexpected pleasure.

Wrath of Man: (May 7) – Jason Statham reunites with director Guy Ritchie (see “Lock, Stock and Two Smoking Barrels”) on this action film about a mysterious new employee at a cash truck company.  Statham plays a fellow named H, who might have more on his mind than protecting the millions that the guards haul around each day.  If it weren’t for Ritchie’s involvement, this one would look like just another B movie entry in the Statham catalogue.