View From The Loft: When it’s hot in Georgia … it’s hot! 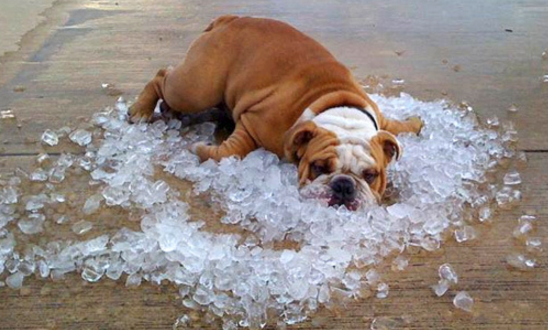 Ever been on a mental vacation?

Well I’m on one now.  By this time of the month I’m usually focused on some topic and ready to enlighten the community on my unique point of view.  Several things have gotten my attention lately but not enough to motivate me to pontificate in my usual style. I think it’s the heat.  Yes, I know it’s the heat. My brain feels like Bullsboro on Thursday afternoon in July. I can see but I’m looking through this Africa hot blurry haze.  Yeah, it’s the heat.

Speaking of the heat, I was amused by one of our esteemed Atlanta meteorologists (you know the ones who are always the ONLY one with the story with the most up-to-date coverage) who was reporting in May about the fact that the temperature should reach 91.  She then commented about the fact that “91 is about as hot as it gets”. Now I realize she is probably from Connecticut and she is trying to log as many on-the-air hours as she can in one of America’s largest TV markets but here is some real news, girlfriend.  Ninety-one is not about as hot as it gets. Stick around.

This week, I was amused when watching the most popular morning show, you know the one with the traditional greeting as its title.  The meteorologist, who has a hairdresser, a make-up artist, a staff of producers and who is wearing a precious little Lily Pulitzer sundress just like everyone in America wears on a summer day, was reporting on a heat wave predicted for the middle of the country.  Her report included the fact that in the upper Midwest temps could soar to 95, and many people who live in that region did not have air conditioning.

Really?? Well, (get out your Kleenex) I grew up in South Georgia where 98-101 was a typical July/August day and the doctor was the ONLY person in town who had air conditioning.  The doctor also had a swimming pool and a color television set. I can remember swimming there in the summer and then coming inside to marvel as the NBC peacock spread its colorful tail announcing the beginning of BONANZA, the only show on TV broadcast in Living Color. After the show I went home where guess what? … It was HOT. Home was hot, school was hot, church was hot, everything was hot, but somehow we made it!   OH, the meteorologist failed in her report to mention that Phoenix was 107 and Las Vegas was 111. I certainly hope all those people from Bloomington and Ft. Wayne made it.

And here is the one I really love!  “But you grew up in the South so you are used to it.”  Are you kidding me?? My body is made up of the same material as somebody from Michigan and when I go outside on a 100+ degree day, I’m HOT, fool!  And how about this, “ it’s not the heat, it’s the humidity.” Really? Seriously? People who believe that also believe that muscle weighs more than fat.  Well here is a newsflash, a Pound is a Pound no matter what it’s made of and 100 degrees is HOT. Got it?

Here’s a suggestion.  Call somebody in Minneapolis in February when it’s 40 below zero and point out to them that it’s DRY.  Good luck!

The Interview: Alex and Angela McRae