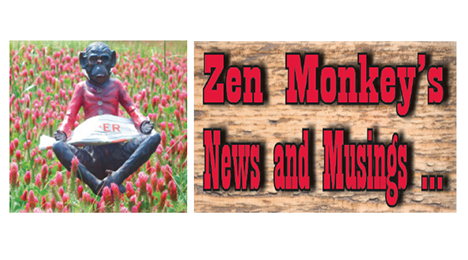 Governor Brian P. Kemp recently announced that Georgia earned the “Top State for Doing Business” title for the eighth year in a row from Area Development. The executive publication’s annual poll of approximately 50 leading site consulting firms from across the U.S. considers 13 different factors to make this determination.

The place where Julius Caesar was murdered is now a sanctuary for cats.

The Peach Belt Conference and commissioner David Brunk said the University of West Georgia will join the league as an associate member in Esports, beginning spring 2022, according to a published report. The Wolves will compete with the PBC in League of Legends, published by Riot Games. UWG has developed a thriving on-campus Esports community and will enter the competitive varsity ranks for the first time this year. In addition to building the team, UWG is also constructing competitive practice and playing areas on campus, including arena-style competitive venues.

The Newnan chapter of The Salvation Army is celebrating 25 years of service in Coweta County. Thank you for all you do for our community.

Southern Roots Nursery and Gardens has opened a new shop, on the 2nd floor of Heirloom Market Co. & Bakeshop in Sharpsburg (corner of Hwy. 54 and 34, in front of Trinity Christian School). Garden tools, soils, planters and much more!

Congratulations, Vikings! Northgate High School Principal Ashley Wilkes has shared the great news that Northgate is the recipient of the 2020-2021 UGA Director’s Cup. “Our UGA students had the highest first-year cumulative GPA of any other high school (3.85!). This speaks to the high standards and excellence of CCSS/NGHS. Way to go, Viking Family!” Wilkes said.

Until the 20th Century, baby girls were dressed in blue and boys in pink.

Newest member of the Newnan Police Department is K9 Officer Aliz. She is a German Shepherd and was born in Hungary. Please give her a big canine welcome.

Pretty soon Coweta County will have just about every car dealership possible. A Kia dealership has gotten approval and is going to be located in the Thomas Crossroads area on Hwy. 34.

Slices of Einstein’s brain are on exhibit at the Mutter Museum in Philadelphia.

Food Outlet, located on Temple Avenue, has changed its name to “Crook’s: A Cost Plus Market.” They have another Crook’s in Senoia.

“Roughly 43% of Americans are more afraid of credit card debt than covid this Halloween, according to a new WalletHub survey, because credit card debt levels are rising again while the threat posed by covid has fallen among the vaccinated. There is no vaccine for credit card debt, and it’s likely to stick around longer than a covid case,” said Jill Gonzalez, WalletHub analyst.

Everything that isn’t saved is lost.

East Coweta High School was awarded the Cooperative Spirit Sportsmanship Award, by the Georgia Electric Membership Cooperative, which includes Coweta-Fayette EMC. Coweta-Fayette EMC (CFEMC), member of f the Georgia’s Electric Membership The award goes to “Students, athletes, coaches, spectators and all others associated with high school activities programs that adhere to the fundamental values of respect, fairness, honesty and responsibility.”

It is possible to commit no mistakes and still lose. That is not a weakness. That is life.

The Coweta County Sheriff’s Office won this year’s Battle of the Badges Blood Drive against the Newnan Police Department.

For weeks, Bonne Bedingfield and her team have frosted the competition on the Food Network’s “Halloween Wars,” but they were finally iced after reaching the semi-finals. Always awesome to have a local be recognized nationally for their passions – in this case, some of the most creative cakes you will ever find. Two wooden spoons up!

The Coweta Community Foundation says it is grateful for all the donations that have been given to its Tornado Relief and Recovery Fund since the March 26 tornado, and they were recently honored to receive a donation of $30,350 from the Golf Life Ladies. A new type of ladies’ golf league, this group enjoys the fun of making new friends while allowing those who aren’t familiar with golfing to become comfortable on the golf course.

Coweta County confirmed one COVID-related death on Oct. 30 pushing the number to 53 in October which is an all-time monthly high since record-keeping began for the pandemic in February 2020. The previous high was 46 deaths set last month. Coweta also recorded 41 deaths in February which ranks third.

The Coweta County Board of Education approved the proposed redistricting of approximately 450 students now in East Coweta High School to Northgate High School next year, at its October meeting.

After a significant surge of new cases among students and staff in August and September, decreases in new COVID-19 cases throughout October have trended downward to the lowest levels of COVID activity among staff and students of the Coweta County School System since the beginning of the school year.