AAA: The Do’s and Don’ts for Child Car Seats 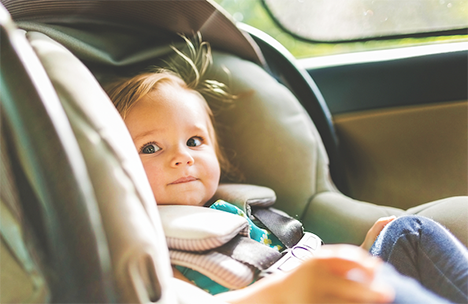 Car crashes are the leading safety issue for children. According to the latest figures from the National Highway Traffic Safety Administration, 183,000 children were injured in car crashes in 2018. That’s an average of more than 500 injuries per day.

“Many of these injuries and deaths are preventable if the children are properly restrained in the vehicle,” said Montrae Waiters, spokeswoman, AAA – The Auto Club Group. “Children are far more susceptible to injuries in crashes than adults, because their little bodies have not fully developed. The best way to provide optimal safety is to ensure your child is properly fastened in the right car seat, every ride.”

New data from AAA and the National Safety Council reveals:

“Even parents with the best intentions may unknowingly be endangering their children by putting them in the wrong seat or not securing them properly,” said Waiters. “Since car seat recommendations can vary, AAA urges parents to take a moment to ensure their child is setup for a safe ride.”

According to new data from the National Digital Car Seat Check Form, more than half of all car seats brought in for inspection to child passenger safety technicians are improperly installed and used. Yet, only 1 in 5 parents and caregivers seek expert help installing a car seat or securing a child in a car seat, according to a NDCF consumer survey.

Unfortunately, children are often transitioned out of the appropriate car seats before it is safe to do so.

More than a quarter of children are moved from forward-facing car seats to booster seats too soon, and more than 90 percent of children using lap-and-shoulder seat belts under the age of 10 should still be in a car seat or booster seat.

“Our goal is to provide information and tools that can help improve child passenger safety,” said Montrae Waiters, spokeswoman, AAA – The Auto Club Group. “We urge parents and caregivers to educate themselves and look for free resources, such as a virtual or in-person car seat inspection in their area.”

Car Seat Basics is a free online course that helps participants understand the four stages of child passenger safety, including rear-facing car seats, forward-facing car seats, booster seats, and seat belts. Participants can complete the full training or select a module on a specific stage of child passenger safety. The course was developed through NSC’s work with NHTSA.