Notes From Jackson Street: A letter to my then 4-year-old son 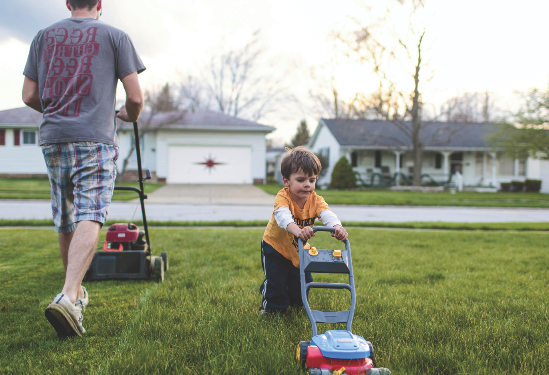 (EDITOR’S NOTE – This letter was originally published in 2002 from our publisher John Winters to his oldest son Caleb who was four years old at the time.)

It seems like yesterday that I was out fly fishing on an Alaskan river near our home when your mom called and said it was time to go to the hospital.

I helped deliver you and have to say you were smaller than the salmon I caught a few hours earlier.

But that was four years ago. And now, as you constantly remind me, you have just celebrated your fourth birthday. You are growing up so quickly – too quickly.

Already you’ve developed your own personality and your favorite things. Like the Power Pants you always want to wear or the Spiderman underwear. You’re also into Superman on certain days.

And if I may be so bold, let me suggest that you always be careful of whom you pick for heroes. It’s easy to pick the big athlete or the superhero, but remember they put their pants on one leg at a time like you’re learning to do.

While the world may idolize them, they are human. It’s alright to have heroes, just make sure they have the same values as you should.

I want you to know how much I love our time together. I cherish every minute, even when I say I am tired and really don’t want to play swords anymore. Especially with all your rules – like I have to stay still while you come charging at me full speed and whack me on the ankle; and I can’t fight back.

I’m thankful that as you’ve grown up, you’ve gone along with my various sporting activities. You never whined while I put you on my back and took you fly fishing. Even when I snagged your ear with a fly, you didn’t tell the Little Black Dress.

Or the time I took you along while I played golf and you rode in the cart. At least you did until we hit that turn and you stood up and went flying out. Again, thanks for not telling The Dress. There are just some things that should be kept between a father and son.

I want to pass along some things that I hope you’ll take to heart.

Find a sport you love and one you can play the rest of your life. You’ll make lifelong friends who share your passion. It doesn’t matter if you are the best, just do your best and remember that tomorrow you can go out and try again if you had an off day.

Never settle for second-best; be it a job, grades, friends, sports or whatever. In everything you do, do your best and be satisfied with a job well done. Never be afraid to say you don’t know how to do something or don’t know the answer. Ask and learn. Be willing to “sign your name.”

Save 10 percent of everything you make, give away 10 percent and live on the remainder: you will be rich for life – and not just in a monetary way. Keep on asking questions like you do now, even when it seems I get exasperated because I can’t tell you exactly why the sky is blue or what blue really is.

Make friends with people who will hold you accountable for your actions. Remember that a true man is one who takes responsibility for what he does, regardless of the outcome.

Be passionate about everything you do and make sure you enjoy what you do – whether it be sports or a job or just life itself. Never give up learning.

Finally, make sure you marry a woman like your mom, and you will never go wrong.

Love you, my eldest Son of Thunder.

The Little Things: More than just a ...