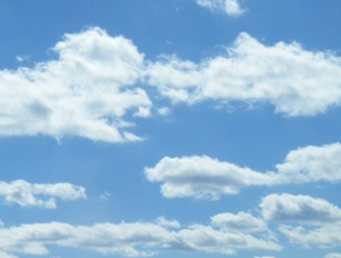 The weekend cycle of rain for the past several weeks appears to have been finally broken, according to the latest forecast from the National Weather Service in Peachtree City.

Instead of rain, look for temperatures to reach the upper 80s today through Sunday with only a 30 percent rain chance today and a 20 percent chance on Sunday night.

The best day of the weekend looks to be Saturday with mostly sunny skies and a high near 87.

Below is a day-by-day forecast from the NWS:

FRIDAY – A 30 percent chance of showers and thunderstorms, mainly after 4pm. Mostly sunny, with a high near 88. Calm wind becoming west around 5 mph in the afternoon.

FRIDAY NIGHT – A 30 percent chance of showers and thunderstorms, mainly before 8pm. Partly cloudy, with a low around 64. Southwest wind around 5 mph becoming calm.

SATURDAY – Mostly sunny, with a high near 87. Calm wind becoming south around 5 mph in the afternoon.

SATURDAY NIGHT – Mostly clear, with a low around 64. South wind around 5 mph.

SUNDAY – Sunny, with a high near 87. Light south wind increasing to 5 to 10 mph in the morning. Winds could gust as high as 15 mph.

SUNDAY NIGHT – A 20 percent chance of showers and thunderstorms. Partly cloudy, with a low around 65.

The Music: Live and Local May Calendar