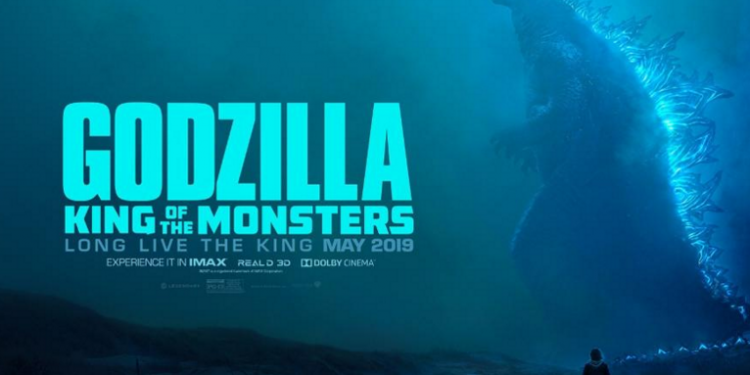 Below are reviews of this month’s big-screen movies. The rating system … A “Fix” is recommended with a rating between 6 and 10. A “No Fix” with ratings of 1 to 5 is not recommended.

To be fair, “King of the Monsters” is meant to be ridiculous. The latest story focuses on the Russell family, Mark (Kyle Chandler), Emma (Vera Farmiga) and their daughter Madison (“Stranger Things” star Millie Bobby Brown). Tragically, we learn that the family’s eldest child was killed in the monster rampage of 2014. Due to the grief and regret, Mark and Emma have become estranged. Madison lives with mom, who works for the extra-governmental crypto-zoological agency Monarch.

Emma is a scientist specializing in the study of bioacoustics. Like Mark, they use sound to understand the behavior of animals. But Emma’s work offers a chance to control the kaiju, and she’s built a device to isolate their bioacoustic signatures. That device, called the ORCA, resembles a portable DJ mixing system complete with XLR outputs. And, as there always are in the movies, there’s only one of them.

When an evil eco-terrorist group, led by mercenary Jonah Alan (the always villainous Charles Dance), gets control of the OCRA, the Monarch team has to stop them. Meanwhile, some 17 kaijus are released including the three-headed King Ghidorah. And as the various monsters emerge from centuries of peaceful slumber, they come under the Ghidorah spell. It’s hell on earth in no time.

As it should be, the best thing about “King of the Monsters” is the monsters. The human story is weak and distracting. “Godzilla: King of the Monsters” is good enough to whet fan appetite for the inevitable blending of this story with that of King Kong. It’s a franchise episode that’s surprisingly not as good as 2017’s “Kong: Skull Island,” which featured better looking creatures and a campy Vietnam war tinged mystique. When the next MonsterVerse film hits theaters, let’s hope that as much effort is put into crafting the human story as they do in creating the monster one. Maybe the problem is that Godzilla is such a big presence that there’s no room for anyone or anything else. Maybe it will take Kong to make us care again.

It sure ain’t “Dumbo.” Disney’s live-action adaptations of its classic animated catalogue hit a low point with Tim Burton’s flying elephant story released in March. But take heart, “Aladdin” is much better.

The 1992 “Aladdin” was a huge hit and won Oscars for best song, “A Whole New World,” and for its original score. Thankfully, the classic music that worked so well with hand-drawn animation is preserved in director Guy Ritchie’s enthusiastic and reverent retread. The script, written by John August and Ritchie, loses its momentum with the perfunctory action-packed conclusion, but the musical moments are wonderful.

The story has thief Aladdin (Mena Massoud) falling in love with princess Jasmine (Naomi Scott), while attempting to save the kingdom from the evil Jafar (Marwan Kensari). And, of course, Aladdin gets help from a kind genie (Will Smith). The cast is solid, as the lead couple has the right, youthful, romantic chemistry. Scott’s singing voice is a real standout. “Speechless” is a recurring tune, and Scott passionately delivers the “I won’t be silenced” lyric at a time when that line has special meaning.

The effects that morph Smith into the genie are uneven, but clearly cognizant of this problem, throughout much of the film, the production has Smith appear in his normal form with his real skin tone intact. He’s charming in the role made famous by the late Robin Williams. And Smith’s often freakish appearance and flamboyant attitude are reminiscent of Williams’ iconic performance. For the most part, Smith makes the part his own, while not insulting the master who first brought it to the screen.

Regardless of the mediocre story that trades on the goodwill that came before it, “Aladdin (2019)” has joyous moments, and for young viewers should be, at times, delightful family entertainment.

All is True … • Fix Rating 6/10
This is director Kenneth Branagh’s love letter to the Great Bard. The story deals with the final years in the life of WIlliam Shakespeare (played by Branagh) after the burning of the Globe Theatre in London. He’s estranged from his older wife (Judi Dench) and his daughters, while still grieving the death of his son years earlier. The mysteries revealed are provocative, but ultimately the story is more interesting than entertaining. Still, with Branagh and Dench, it’s hard to go wrong.

June 7 … Dark Phoenix
In this installment of the “X-Men” franchise, “Games of Thrones” star Sophie Turner becomes another powerful character, playing Jean Grey aka Phoenix of Marvel Comics. While the “X-Men” films have been built apart from the Marvel box office juggernaut, the franchise has been a consistent performer. This series was excellently reconstructed in 2011 with “X-Men: First Class,” and viewers embraced its darker, grittier storyline all over again. This time, the X-Men have to battle one of their own, when the already powerful Jean Grey becomes the dangerous Dark Phoenix.

June 7 … The Secret Life of Pets 2
2016’s “The Secret Life of Pets” left a lot to be desired. Still, that animated adventure did have its moments, especially as the pets partied when their owners were away. Just based on the trailers, the second “Pets” outing will evoke similar giggles. And laughs are bound to come, as we listen in bemusement to the internal monologue of our dogs, cats and other animals, coping with normal everyday domestic struggles.

June 14 … Men in Black: International
Seven years have passed since the last “Men in Black” film. The franchise started back in 1997, when Will Smith and Tommy Lee Jones donned the distinctive black suits. And a lot has changed since then, as comic book movies have changed summer blockbuster entertainment. This reboot has Marvel vets Chris Hemsworth and Tessa Thompson stepping into the black ties and employing all that crazy alien tech. In “Men in Black: International,” the organization investigates a traitor among them.

June 14 … The Dead Don’t Die
Indie director Jim Jarmusch is bound to put his decidedly left-of-center spin on the flagging zombie genre with “The Dead Don’t Die.” The director (see the wonderful “Peterson” and the romantic vampire film “Only Lovers Left Alive”) has managed to assemble an attractive cast led by Bill Murray and Adam Driver, as sheriff and deputy in the small town of Centerville, who battle a zombie horde.

June 21 … Toy Story 4
“Toy Story 3” the Oscar for best animated feature, and despite criticism that there was no more story to be told, it has proved to be required viewing. After nine or so years, another “Toy” story is upon us. Focusing on a new toy named “Forky” (voiced by Tony Hale), the gang goes on a road trip that is bound to tell us more about ourselves than about the toys.

June 21 …Child’s Play
From the trailers, Norwegian director Lars Klevberg (see “Polaroid” released earlier this year) has entirely reimagined Chucky universe, giving it science fiction elements. This looks like more than a reboot. The first “Child’s Play” film came out in 1988 and was an instant hit spawning five sequels, the last of which came out in 2017.  The bones of the story appear to be the same—a high tech toy is given to a little boy on his birthday, and it proves to be possessed and very, very deadly. Another promising sign is that Mark Hamill provides the voice of evil Chucky.

June 28 … Annabelle Comes Home
The possessed doll Annabelle returns with the third film in the horror series. Thought to be safely locked away in the home of demonologists Ed and Lorraine Warren (Patrick Wilson and Vera Farmiga), evil finds always finds a way to escape. The Warrens thought that by placing the doll in their secured artifacts room behind sacred glass would be be enough, but when Annabelle sets her sights on their daughter Judy, danger ensues.

June 28 … Yesterday
This fantasy, from Director Danny Boyle, Oscar winner for “Slumdog Millionaire,” imagines a world where the music of the Beatles was forgotten or never really existed. For some reason, struggling musician Jack Malik (Himesh Patel) can remember fab four, and when he plays their music, he instantly becomes a star. The cast is strong, including Ed Sheeran as a version of himself, Lily James, Ana de Armas, Kate McKinnon and others. The popular, classic music should effectively drive this whimsical story.

The Interview: April and Brent Anderson of ...